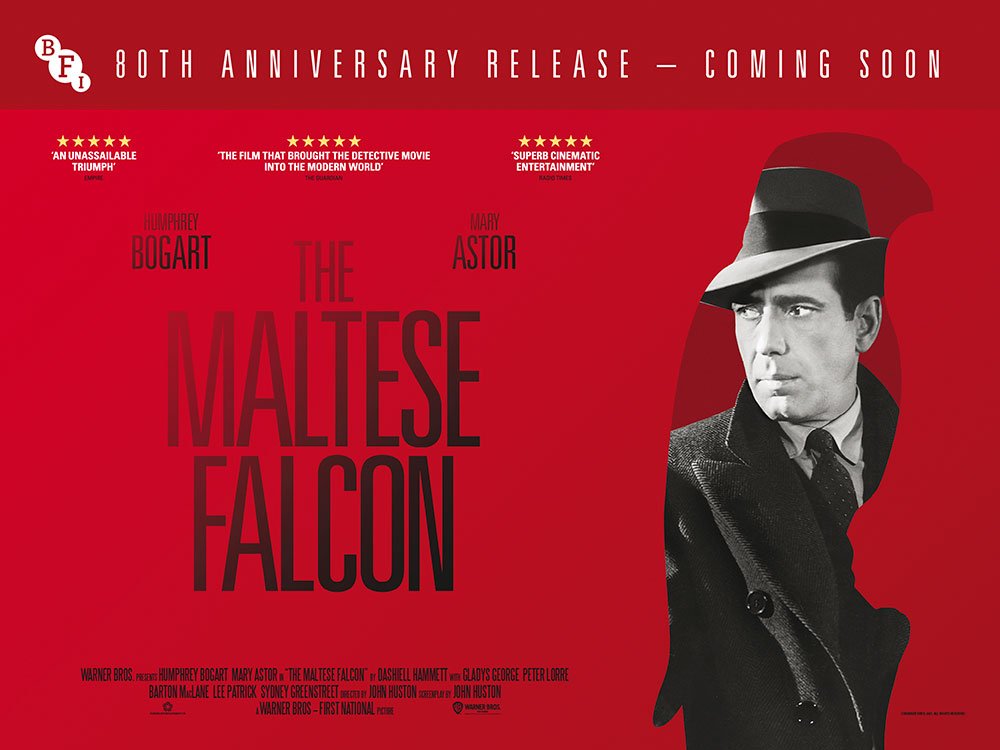 Academy Award winner Humphrey Bogart stars as tough San Francisco private detective Sam Spade in the classic, convoluted story of Spade’s involvement with a deadly band of international thieves (played by Sydney Greenstreet and Peter Lorre in their first film together) who will lie, double-cross and murder to obtain a small, jewel-encrusted statue known as The Maltese Falcon. Mary Astor stars as the femme fatale tempting Spade into a dark web of lies and death. Adapted by John Huston from Dashiell Hammett’s novel, The Maltese Falcon is widely considered as one of the most influential detective films ever made.