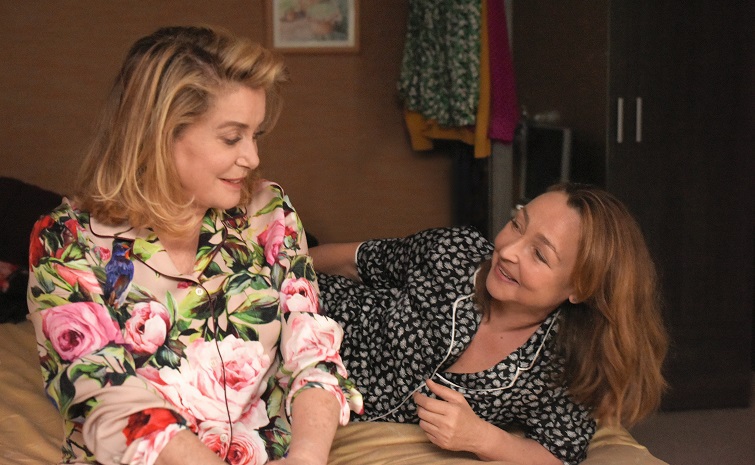 Grande dames of French cinema Catherine Frot (Marguerite) and Catherine Deneuve (Belle du Jour, Potiche) share the screen for the first time in bold, buoyant drama The Midwife, directed by Martin Provost (Séraphine, Violette). Conscientious and inhibited, midwife Claire (Frot) is in a rut after years of putting others before herself. But an unexpected phone call from her father’s former mistress, Béatrice (Deneuve), who Claire has not seen in three decades, changes everything. As they reunite, carefree Béatrice is forced to consider her responsibilities, while uptight Claire learns to consider letting go. Sparkling with humour and tenderness, with tour-de-force performances from its two exceptional leads.