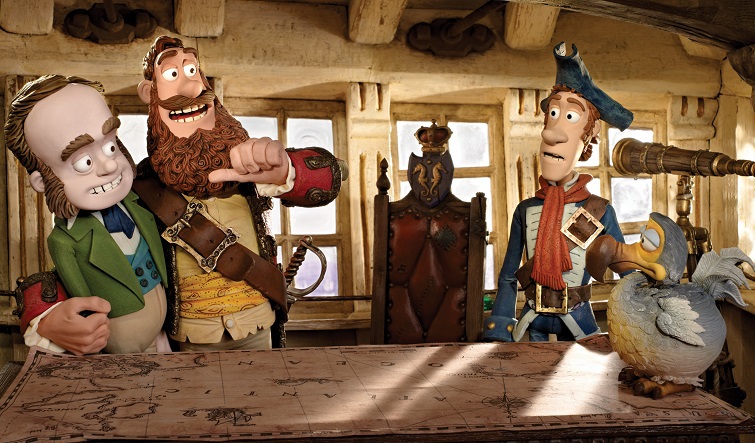 Created by Aardman Animations, this rollicking stop-motion clay animation, adapted from Gideon Defoe’s book series, is a rambunctious, hugely enjoyable romp with buckets of humour and verve. Hugh Grant gives drolly comic voice to the Pirate Captain as he and his swashbuckling, ragtag crew attempt to beat rivals Black Bellamy (Jeremy Piven) and Cutlass Liz (Salma Hayek) in the ‘Pirate of the Year’ awards; a quest takes him and his comrades from the exotic shores of Blood Island to Victorian London’s foggy streets. Along the way, they battle a clever queen and join forces with a young scientist named Charles Darwin (David Tennant).