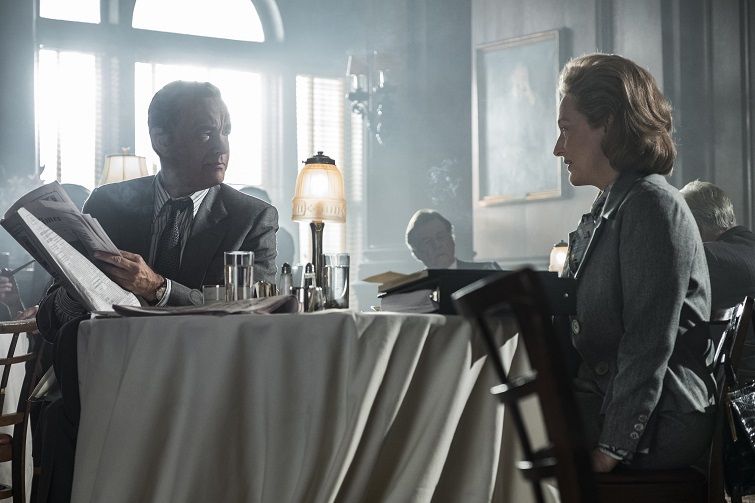 Tom Hanks and Meryl Streep lead an all-star cast in Steven Spielberg’s rousing, fantastically watchable and Oscar-tipped drama, which – with its focus on uncovering corruption at the highest levels of government – feels bitingly timely. A true story, it follows Katherine Graham (Streep), the first female publisher of The Washington Post, and her legendary editor Ben Bradlee (Hanks) as they to catch up with The New York Times to expose a massive cover-up of government lies spanning three decades and four U.S. presidents; a scoop that paved the way for Watergate. Together, they must decide whether to risk their careers to bring long-buried truths to light.

The screening on Sun 11th February and Tues 13th February (Parent & Baby only) (S/T) will be shown with subtitles projected onto the screen for the hearing impaired, and these are signified by the symbol S/T on the website and in our monthly brochure. Please note all other screenings of these films are without subtitles.