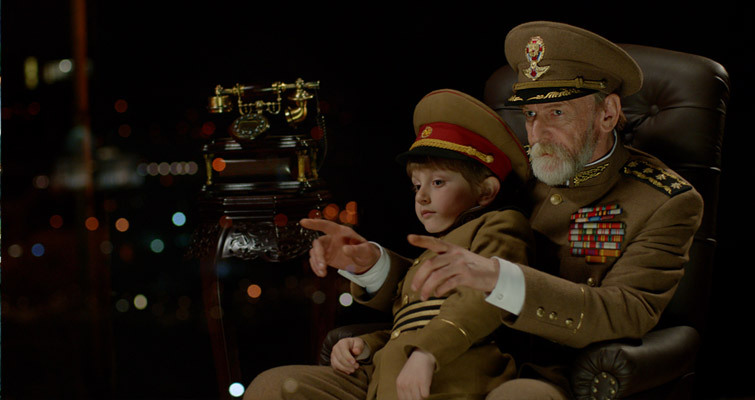 From major Iranian filmmaker Mohsen Makhmalbaf (Kandahar, Gabbeh, The Gardener) comes this striking, supremely absorbing satirical drama about an ageing dictator (Misha Gomiashvilli) of an unnamed country; who, when he is deposed by a coup and his family flee, stays in the country with his adored young grandson (Dacha Orvelashvilli). Disguised as street performers, they must hide among the people he bitterly oppressed in fear for their lives. The President references recent developments in eastern Europe and the Middle East in its imagining of the interior aftermath for leaders toppled from power and forced to deal with a new order.