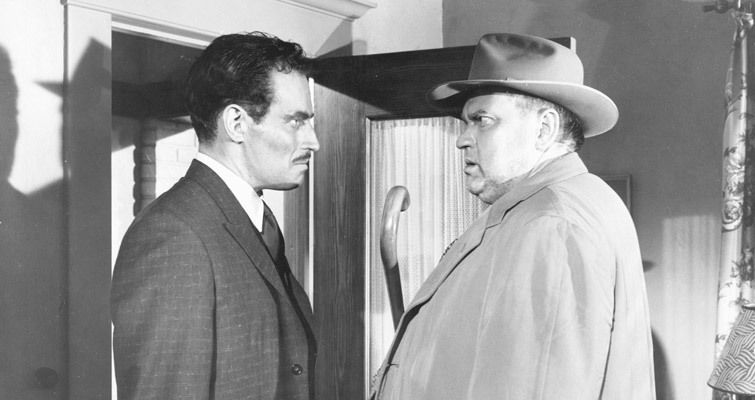 In a seedy US-Mexican border town, detective Miguel Vargas (Charlton Heston) and his
new bride Susie (Janet Leigh) become embroiled in a perilous maelstrom of crime and corruption as Miguel’s investigation into a drugs ring brings him into conflict with local law-enforcer Hank Quinlan (Orson Welles). Welles’ last Hollywood picture, Touch of Evil is a virtuoso film noir exhibiting his extraordinary sense of cinematic style, vivid characterisation and an almost Shakespearian flair for tragedy. Opening with a tracking shot that’s considered by critics to one of the greatest long takes in film history, many argue that it’s this, not Citizen Kane, that’s Welles’ masterpiece.