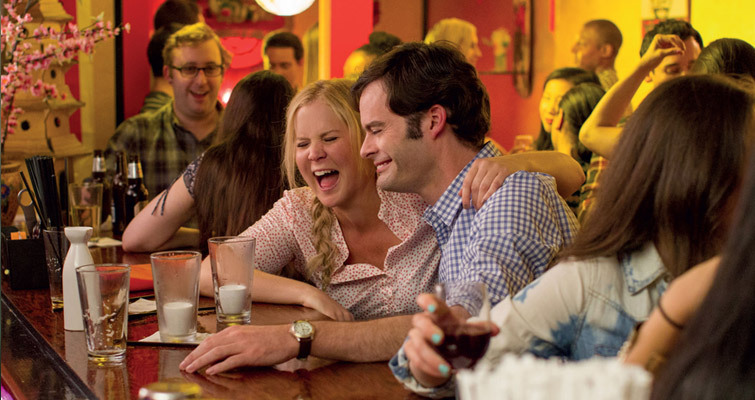 Judd Apatow (Knocked Up) directs rising US comedy star Amy Schumer (of Comedy Central’s Inside Amy Schumer) in Trainwreck, which she also wrote. Tipped as the new Bridesmaids, Schumer’s utterly hilarious own-brand feminist comedy is directed at a version of her younger self, a journalist at a men’s magazine (edited by an almost unrecognisable Tilda Swinton) who’s enjoying single life until she finds herself falling for sports doctor Aaron (SNL’s Bill Hader). But – after a childhood that taught her to mistrust emotional attachments – she finds it hard to open up. Full of Schumer’s trademark comedy – witty, weird, with feminist overtones – it’s also very touching.

“The funniest film of the summer – outrageous and out to make you think” **** Cath Clarke, Time Out

The screening on Sunday 20th September (**) will be shown with soft subtitles projected onto the screen for the hearing impaired, and these are signified by a double asterisk on the website and on our monthly brochure. Please note all other screenings of these films are without soft subtitles.