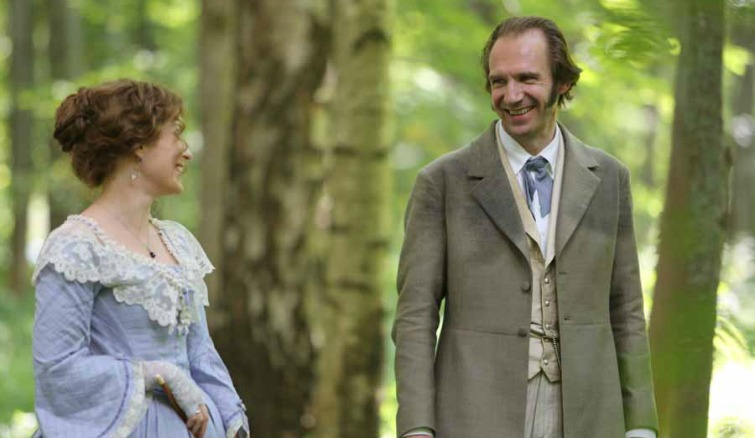 Ralph Fiennes and French actress Sylvie Testud star in Vera Glagoleva’s handsome Russian language adaptation of Ivan Turgenev’s play ‘A Month in the Country’. A lush period drama set in beautiful rural Russia, it sees Natalya (Anna Vartanyan), who’s married to a sturdy landowner, fear she is losing her physical charms with age, especially as her adopted daughter Vera (Anna Levanova) is coming into her own. Flirting with family friend Mikhail (Fiennes) to salve her fears, she also looks to her son’s tutor: young, handsome Alexei (Nikita Volkov) – but in doing so, enters into a rivalry with Vera.