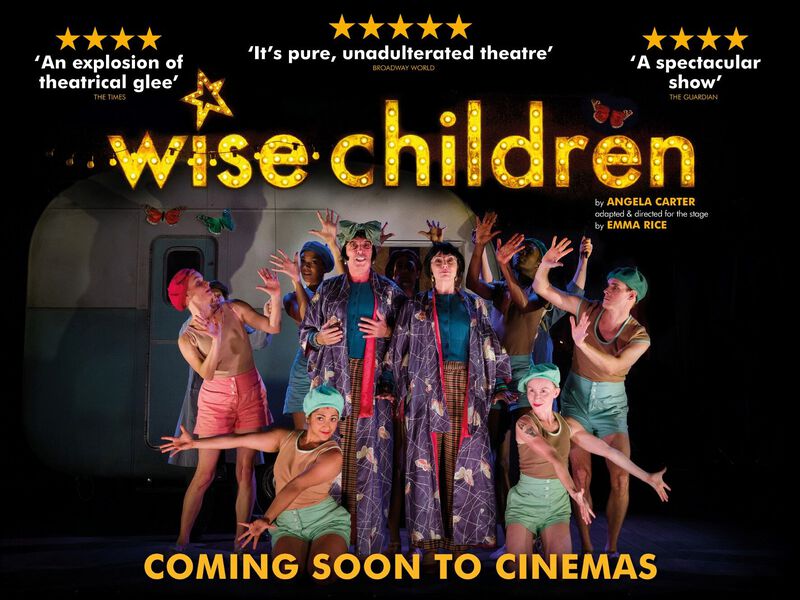 Wise Children by Angela Carter
Adapted and Directed for the stage by Emma Rice
This is a recorded broadcast, filmed live at York Theatre Royal in March 2019

Multi-award-winning director Emma Rice brings her unique, exuberantly impish vision to Angela Carter’s great last novel in this brand-new theatre production. A big, bawdy tangle of theatrical joy and heartbreak, Wise Children is a celebration of show business, family, forgiveness and hope, with a generous dash of Shakespeare, scandal and mischief, taking the audience on a rollercoaster ride of emotion.

In Brixton, Nora and Dora Chance – twin chorus girls born and bred south of the river – are celebrating their 75th birthday. Over the river in Chelsea, their father – and greatest actor of his generation – Melchior Hazard turns 100 on the same day. As does his twin brother Peregrine. If, in fact, he’s still alive. And if, in truth, Melchior is their real father after all…

Performed by a talented ensemble cast, this entertaining, all-singing and dancing show opened to a raft of 4 and 5-star reviews at London’s Old Vic in 2018. Adapted and directed by Emma Rice, the former Artistic Director of Kneehigh and Shakespeare’s Globe, it was filmed for the cinema screen at York Theatre Royal and is ‘pure, unadulterated theatre.’
(★★★★★ Broadway World)

This play is F-Rated
Developed by Bath Film Festival and now expanding across the UK, the F-Rating is a new rating which highlight films and creative content made by and featuring women.
Find out more at f-rated.org
https://www.facebook.com/F.Rated.org
https://twitter.com/f__rating