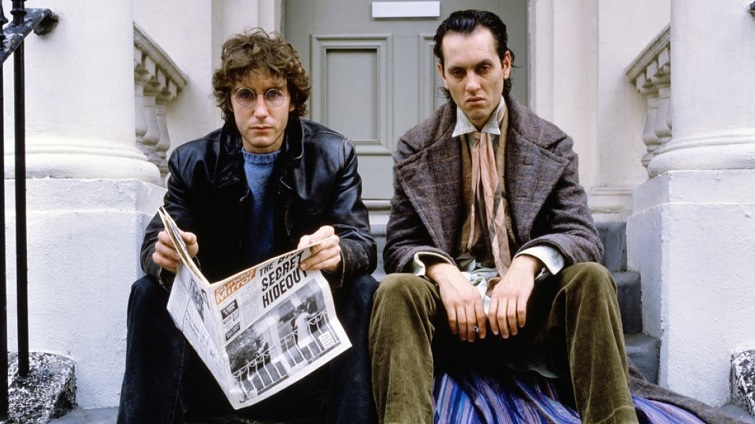 Paul McGann and Richard E. Grant give deathless performances in Bruce Robinson’s utterly hilarious 1987 autobiographical black comedy classic about two out-of-work actors – the anxious, luckless Marwood (McGann) and his acerbic, alcoholic friend, Withnail (Grant) – who spend their days drifting between their squalid flat, the unemployment office and the pub. But when they take a holiday (‘by mistake’) at the country house of Withnail’s flamboyant uncle, Monty (Richard Griffiths), they encounter the unpleasant side of the English countryside: tedium, terrifying locals and torrential rain.

“Every line is a quotable joy, and Ralph Brown’s lugubrious dealer Danny has also ascended to legendary status. I feel an intense envy for people who are about to see this for the first time.” The Guardian