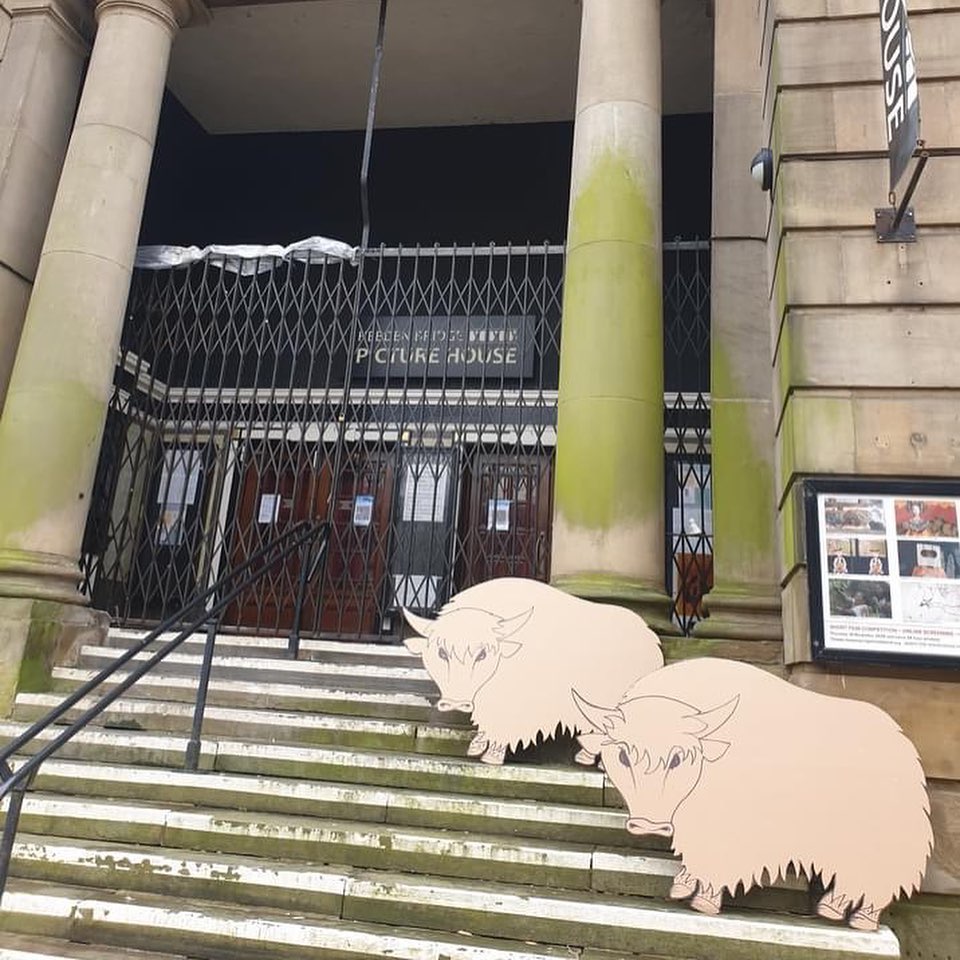 They were to promote Lunana: A Yak in The Classroom, one of the many films that are part of the 2021 festival line up, all taking place online.

The Himalayan glaciers serve as a backdrop for this drama set in a remote Bhutanese hamlet, where Yaks are so revered they are given pride of place in the classroom. A young teacher, Ugyen immediately wants to leave to pursue his real dream as a singer in Australia. The generosity of the locals and time with school children win his heart and teach him important lessons.

The film is available to book now and also includes a Q&A with the director, Pawo Choyning Dorji.

Special art packs have been sent to schools across Calderdale. Pupils are encouraged to create artwork based on Lunana: Yak in The Classroom, and Children of The Sea, which is also showing as part of the festival.

Tickets for the festival, taking place online from 19-21 March 2021, are now on sale. The festival presents world cinema, UK and US independent features and shorts, as well as Q&A’s and panel discussions with filmmakers.

Louise Wadley, Hebden Bridge Film Festival Director said: “Lunana: A Yak in The Classroom is a wonderful film that will bring a smile to everyone who watches it. The stunning scenery of the Himalayas is a dazzling backdrop to this heartfelt story.

“It was filmed on location so remote and bereft of facilities that Director Pawo Choyning Dorji and his crew could only use cameras equipped with solar-powered batteries.